Regular visitors to this blog know that I am a great admirer of our President, Dr.Kalam. I have always been overawed by the breadth of his vision, depth of his knowledge and length of his hair.

I vaguely remember the time he decreed that the entire ‘electricity’ needs of Rashtrapati Bhavan would be met with solar energy. Till someone, I think, pointed out that positioning the solar receptors would need an area approximately equal to that of Greater Delhi, stretching well beyond the Outer Ring Road.

Not one to give up so easily, he ordered the plantation of jatropha trees in his backyard, with the avowed objective of producing bio-diesel which would then be used on diesel engines to generate green power. Till someone, I presume, did the ‘back-of-envelope’ calculations that showed that the jatropha grown in the Moghul Gardens was barely enough to keep a 40 W bulb glowing for one night.

Down but not out, he unfolded the grand idea of generating power from outer space. The method which he outlined in great detail was that plutonium mined from the planet Neptune and neptunium obtained from dwarf-planet Pluto would be mixed in a catalytical converter made of saturnium excavated from Venus. This explosive mixture would then be loaded in a high-intensity gun, which would be packed in a satellite to be launched into Earths’ geosynchronous orbit, using the gravitational field of Jupiter. The high-intensity gun would beam the energy to receiving stations strategically located on Earth. The whole idea was brilliant, but could not materialize as the National Security Advisor came up with the paranoid thought that the device could be hijacked by Osama Bin Laden and the gun used to create a huge crater where the Rashtrapati Bhavan once stood.

So, the President has settled for more practical methods. Last week, he has engaged the services of drummer Sivamani, and plans to generate static electricity using the sheer momentum caused by the drum sticks. May he succeed in his noble mission. 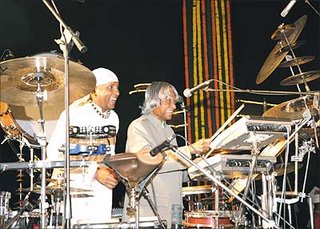 Photo : President Kalam drumming up electricity to light up the Rashtrapati Bhavan 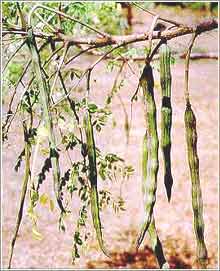 Photo : Drum sticks being grown in the Moghul gardens
Posted by Raj at 3:02 PM

Heheheh, he isa little over enthu but so endearing Look at the presidents of some other countries.For example, imagine we could have had Bush as our President - you see what I mean?
Looks so cute with shivmani!

He's a super person and in this a super power for and on behalf of the whole of the SE Asian region, not just India. If his excesses are anything they are commendable first as expressions of his fond desire to promote the well being of his people, throughout the world, and second as those of a man who seeks to do no harm.

Usha, he is endearing all right, but enduring his lectures is what I find difficult to do.

Anon : Thanks. Thats' a nice requirement for a President, "someone who seeks to do no harm". Anyway, this was just a caricature and I didn't mean any harm.

Abraham Lincoln tried and failed and tried again and failed miserably...only to be President...whats wrong with that...??? You see Abdul Kalam changed all that he became President first and then failed trying...smart!